Here’s a plastic surgery ad from a recent issue of Cincinnati Magazine:

I had no idea there were so many options… face lift, neck lift, eyelid lift (isn’t that called “waking up”?), volume lift, fat transfer (isn’t that what happens when you take a Twinkie out of the box and put it in your mouth?)… and things with sci-fi names like Dysport and Liposonix.

Here’s a better idea: accept your body the way it is. Warts and all. Saggy eyelids and all. Embrace the aging process, or at least deal with it in a way that doesn’t involve scalpels, injections, suctions or concoctions with an “SM” next to their name.

I have a theory that plastic surgery doesn’t just remove or reposition unwanted flesh, it also steals brain cells. So perhaps you’ll look a bit better but you’ll be a lot dumber. And looking better isn’t always guaranteed. Look at poor Meg Ryan, who went from America’s Sweetheart to looking like a stunt double for The Riddler. 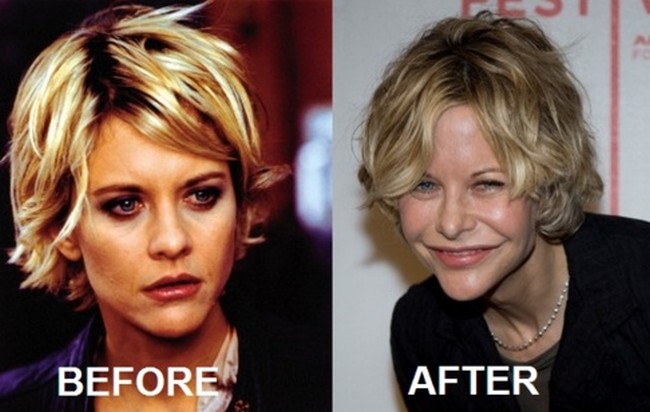 Here’s a Twilight Zone episode that teaches a beautiful lesson about aging.

“Grow old along with me, the best is yet to be, the last of life, for which the first was made.”