We send our kids to school in the morning, and they come home in the afternoon. That’s how it works. Until it doesn’t. Kyle Plush went to school on Tuesday morning. He never came home. 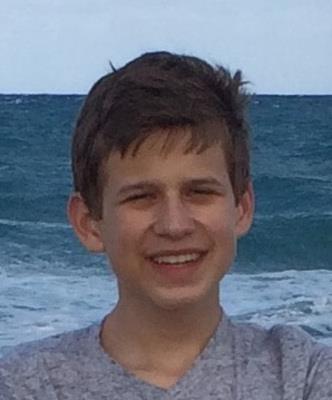 He was supposed to play his first tennis match that afternoon, and as he was reaching over the third row bench seat of his 2004 Honda Odyssey to get his tennis gear, the seat flipped and he got trapped.

The emergency system let him down. Even though he wasn’t able to reach his phone, he used Siri to call 911. Twice.

Plush said several times he was “at Seven Hills,” though the operator apparently did not hear clearly or understand what he meant. “Where are you?” she said, over and over. “What is the address?”

Two officers arrived on scene at 3:26 p.m. They were there for 11 minutes, patrolling the area to look for anyone in distress.

While they were in the parking lot, Kyle was making his second 911 call. In that second call, Kyle gave more details of the van he was trapped in, including its color, make and model. That information was never relayed to officers on the scene.

“I probably don’t have much time left, so tell my mom that I love her if I die,” he said. “I’m trapped inside my gold Honda Odyssey van. In the (inaudible) parking lot of Seven Hills Hillsdale.

At 3:37 p.m., the officers closed the incident and went back into service.

A short while later, a Hamilton County Sheriff’s deputy who was at the school to direct traffic said he wanted to look again.

“Your guys couldn’t find any van with anybody stuck in it,” he told an operator in a four-and-a-half minute phone call, “but I just wanted to go around and double-check one more time.”

The deputy said he had only seen one van in the lot during his check but didn’t find anybody in it. Chief Isaac said later that that was probably the van Plush was in.

The deputy and the operator continued talking about Plush’s 911 calls and what might have been happening.

“(He) was unable to hear me and just kept repeating, ‘Help, help, I’m stuck. I’m in the Seven Hills Parking lot,’” the operator said. “It was really hard to hear (him). It sounded like (he) was kind of far away from the phone.”

“Yeah, it was really a strange call,” the operator said

They also talked about whether the whole thing might be a prank. Around the same time Plush was calling 911, the deputy had run into a woman at the school who was getting in his way. He wondered if that woman was up to something – especially since the first officers who looked for the van didn’t find anything awry.

His dad found him at 9 p.m. that night, trapped in the van. Lifeless. So senseless.

In the classroom, teachers saw a bright future for Kyle, a strong and independent student with a tender heart and a love for those around him.

“Kyle’s gentle spirit made it a joy for others to be around him. We lovingly remember Kyle as creative, vibrant, and kind,” said Patty Normile.

We send our kids to school in the morning, and they come home in the afternoon. My wife and I send our 18-year-old son to school every morning in his 2003 Honda Odyssey minivan. The epitome of a “safe family car.”

The family is asking for memorial donations to go to the Ronald McDonald House Charities of Greater Cincinnati, 350 Erkenbrecher Ave., Cincinnati, OH 45229.

“Tell my mom that I love her”… a phrase that breaks the heart of every parent.

We send our kids to school in the morning…