VW? More like BS. Living a lie with Das Auto

My wife and I buy a new car only once every decade, whether we need to or not. In 2002, with Baby #3 on the way, we shed any vestiges of “coolness” by getting a Honda minivan. In 2011, I campaigned hard for a Jetta Sportwagen TDI because I’m a tree-hugger and loved the great gas mileage along with the benefits of the “clean diesel” engine that VW was promoting.

Turns out we’ve been living a lie. VW was gaming the system with a software cheat that tricked emissions testing, something that was uncovered by a professor at WVU. All this time I thought I was doing the environment a solid, while in reality we were driving a nitrogen oxide belching beast.

We don’t put a ton of miles on the Jetta. I still commute to work via bus most days, and have for the past 20 years, so that helps assuage my green guilt over this “diesel dupe.” But that’s not the point – the point is VW did not sell us the car they promised, and we feel betrayed.

The good news is by 2020 Teslas might actually be in our price range.

I’ve been blogging (sporadically) since April of 2014, and have picked up my posting pace in 2015. During that time, my posts have garnered 1,646 comments… 1,624 of which were spammy ones trying to get better search results for their knockoff sneakers, fake designer purses, weight loss programs and deer antler spray (apparently that’s a thing).

My favorite spam comments are the ones that try to get me to publish them by sucking up:

Why, thank you, “Daniela,” I’m flattered. But your prognostication skills are terrible, and your grammar is bad too (should be “its”, not “it’s”). As for you, “Website For Business,” well, pretty much anyone who has ever drawn a breath can say they are impacting as many lives as I am.

Here’s another fun one:

Julian, I apologize that my website won’t render correctly on your Blackberry. Rather than me trying to fix that, maybe you should build a time machine and go back to 2006, which is when Blackberries ruled!

For those of you keeping score at home, there are 22 comments that are legit, from 4 readers/friends of mine. So thank you Mookie, Jacqui, Keith and Tim, and keep those comments coming. Unless they are about deer antler spray.

Sunday morning coming down… and up

I’m not a runner, and I don’t play one on TV. But my wife is training for the New York City Marathon and I’ve been joining her on the long weekend runs. (Just send that “Husband of the Year” trophy to my home address, thanks very much.)

As much as I don’t enjoy dragging my creaky old-man bones out of bed at 6 a.m. on Sunday mornings, there’s a calm, peaceful rhythm to life that you can’t get any other time of the week. The streets are deserted, the sun’s coming up, the air is cooler… it’s a great way to unplug and recharge at the same time. When I was younger I was more concerned with Saturday night activities than Sunday morning ones, but now I know why old folks like to get up early.

My wife runs with a running group, and this morning we met in Newport, KY, just across the river from downtown Cincinnati, then ran across a bridge and along the Cincinnati riverfront. I like to distract myself from the slog of the run by checking out the scenery, the barges on the river, the architecture of the homes, the small mom-and-pop shops and tiny taverns you see along the way and probably never would notice if you were zooming by in a car. 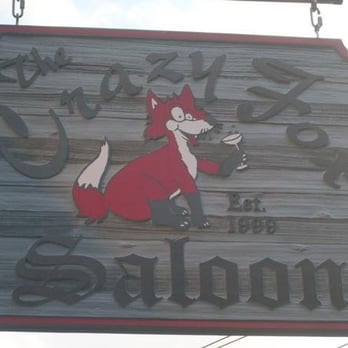 The autumn wind is a pirate… but now my favorite NFL team really blows.

I grew up in Arkansas (don’t judge) so there was no geographic allegiance to any particular team. I gravitated to the Oakland Raiders, who were rebels, renegades, outlaws… and a darn good team back then too. It was the era of Madden, Stabler, Hubbard, Biletnikoff and Branch, Hendricks, Shell and Upshaw, Tatum and Atkinson, Hayes and Haynes. “A Commitment to Excellence” and “just win, baby.” But the past decade or so – ever since Jon Gruden ditched us for Tampa Bay – has been abysmal (and that’s putting it mildly). The Raiders made horrible draft choices  (Hello JaMarcus!) and overpaid for fading stars (Javon Walker ring a bell? Didn’t think so.) or one-hit wonders (LaMont Jordan, anyone?)

In the NFL, this sort of sustained suckiness isn’t supposed to happen. If you are bad one season, you get high draft choices and a softer schedule. At some point the tables should turn. But the Raiders apparently are truly committed to being very good at being very bad.

I feel a lot like Charlie Brown and each season the NFL is Lucy holding the football. “This year is the year the Raiders finally start their slow climb from mediocrity.”

So this past Sunday, the Raiders had their season opener. Home game. QB ready to take the next step after a promising rookie season. Strong linebacker corps. All they did was come out and lay the biggest egg of the opening weekend. Down 24-0 at halftime. Down 33-0 until a couple of garbage time scores. A total embarrassment.

Trying to look at the glass half full, the Raiders have done me the favor of freeing up my fall Sundays (and occasional Monday and Thursday nights). Instead of spending the day tuning in to their games, I can play with the kids, read the paper in the hammock, do some yard work or biking. They haven’t provided many wins, but they’ve given me back 4 hours every weekend, and time is the most precious gift of all. Go team!